We’re very happy to be a part of something quite special. Search Scientist is the proud sponsor of women’s football team Belfast Ravens.

Women’s football is noticeably on the rise, with more air time on TV and more local teams emerging. What appeared to be missing though is women’s football training for complete beginners. There are teams available to join if you’ve already had training and perhaps played on the school team. However, if you’re like me and there simply weren’t ladies football teams at school, then it’s hard to get your foot on the pitch. That’s where Belfast Ravens come in. It gives women with an interest in football the chance to start from scratch, without necessarily having ever kicked a ball before. This set up was started in July 2017, and interest keeps increasing as word gets out. There are now over 30 regulars and a waiting list with many eager women looking to join.

Search Scientist was really happy to witness the morale boost, pride and excitement as the women donned the Search Scientist sponsored Ravens kit for the first time this month. There was a feeling that the Ravens at that point became a ‘proper team’. The Ravens had their first match in November 2017, which you can read more about in the press coverage received below. * Further press coverage added in February 2018.

Adding to the feel good factor (it is Christmas after all), the Ravens are currently fundraising for the Children’s Cancer Unit Charity. If you’d be so generous to make a donation however small, here’s the link – https://www.justgiving.com/fundraising/belfastravens. 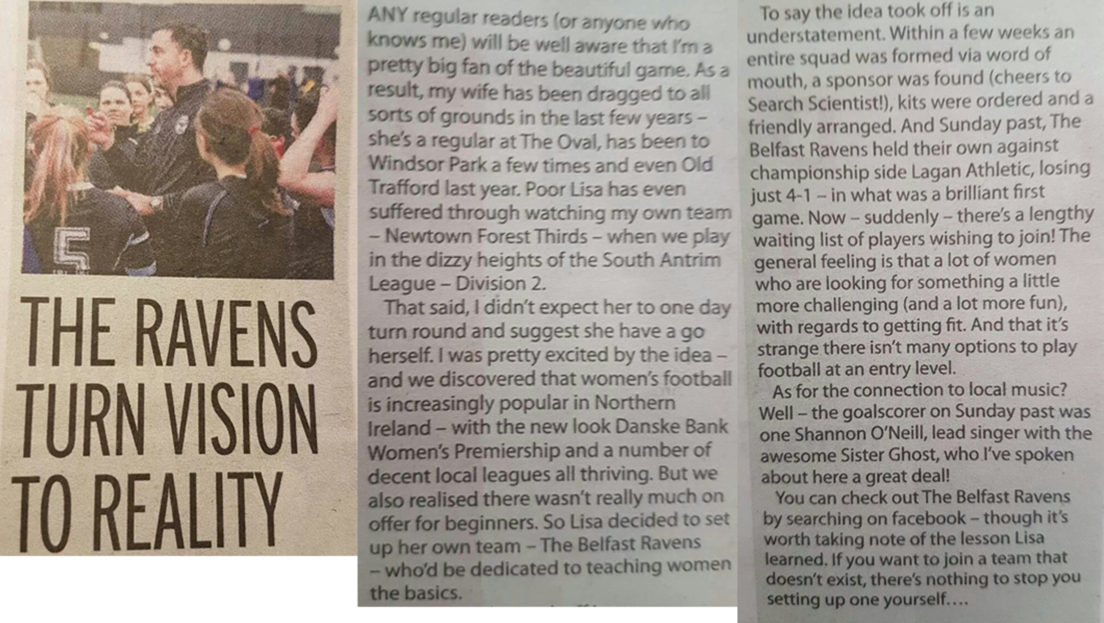 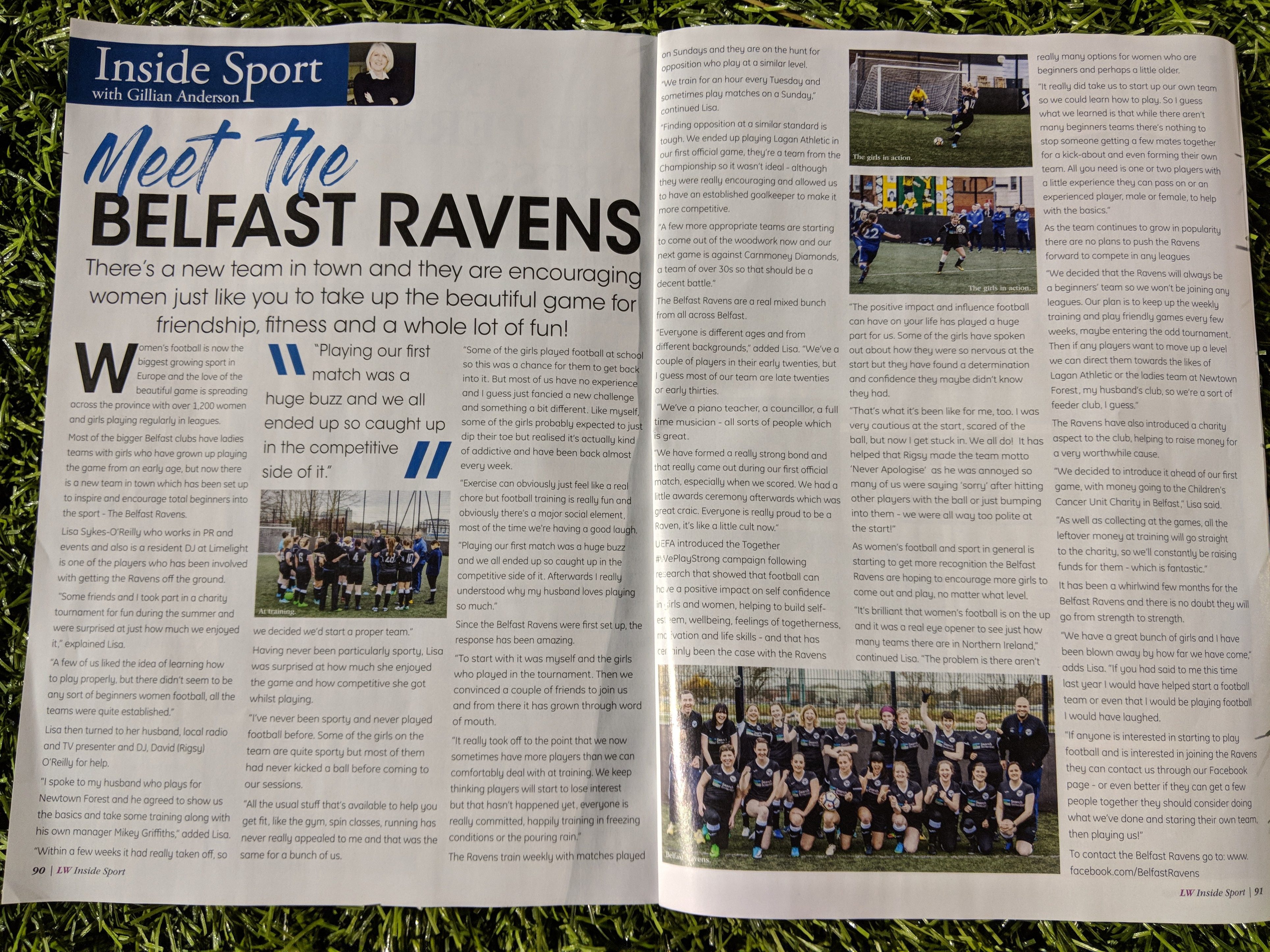 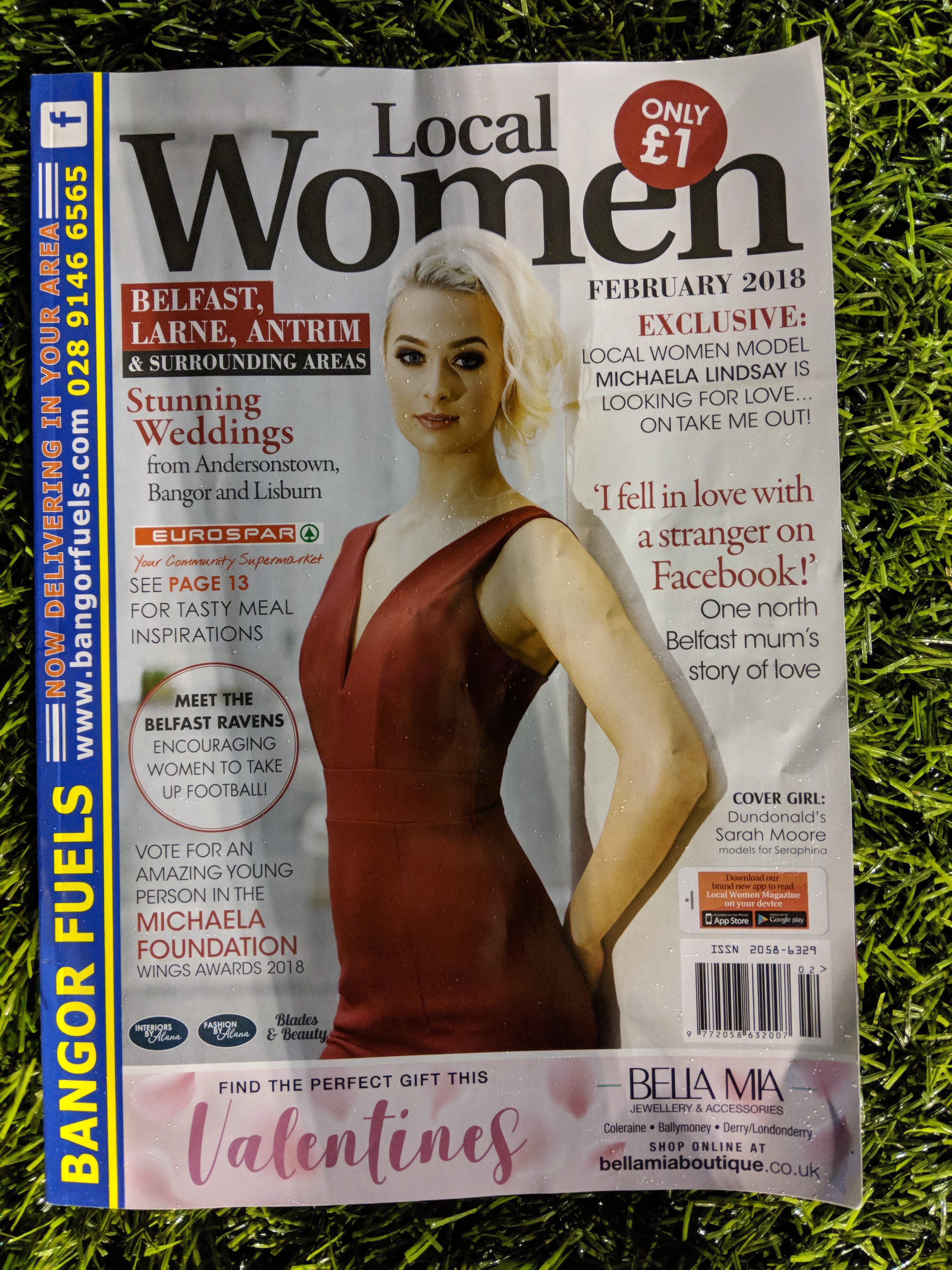